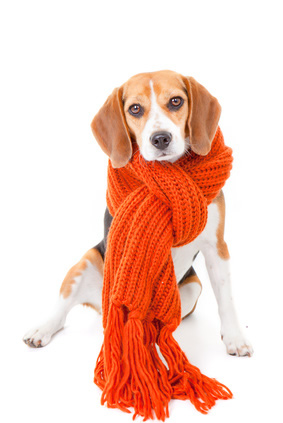 The liver lies at the front of the abdomen and is shielded by the overhanging last few ribs. Its functions are numerous and include manufacture of proteins, bile and cholesterol, metabolism of fats and carbohydrates, storage of substances such as fats and iron, contributing to maintaining a steady glucose concentration, and the breakdown of toxins, drugs, and other metabolites.

Closely associated with the liver is the gall bladder. This structure stores bile produced by the liver and then, when required, secretes it into the intestine to aid the digestion of food.

Causes of liver failure in the dog are many and varied, invariably they present with either acute liver disease or chronic liver disease. Compared to human medicine relatively little is known about many of the infectious diseases of the canine liver. The two main infectious conditions are Infectious Canine Hepatitis and Leptosporosis. Other infections which can involve the liver include Salmonellosis and toxoplasmosis. Traumatic injury is common, often due to incidents such as road traffic accidents resulting in hepatic rupture. Degenerative changes such as fatty infiltration (possibly arising as a result of diabetes or pancreatic problems) and cirrhosis are common in older animals. Drug reactions can occur but have a fairly low incidence. Heart failure can result in circulatory changes in the liver as blood collects and the vessels become congested. Portosystemic shunts are congenital malfunctions which cause blood to bypass the liver. Cancer of the liver is common in older dogs, these tumours can be primary or secondary, and benign or malignant. It is important to differentiate cancer from nodular hyperplasia which although producing nodules in the liver, normally does not affect liver function.

Methods of diagnosis and investigation of liver disease

Liver enzymes such as AST, ALT, ALKP, or GGT can be of use. AST and ALT are released from damaged liver cells, ALKP and GGT are raised in situations that cause a blockage in bile flow. Some of these enzymes can be raised by other conditions or drugs (for example steroid treatment can result in a raised level of ALKP).

Bilirubin is a substance which is released from blood cells and then secreted in bile by the liver. In situations of liver cell damage it can show a raised blood level.

Albumin is a blood protein produced only in the liver, low levels can indicate liver failure, but can also occur in some intestinal and kidney conditions due to excessive loss of the protein.

Ammonia is produced from protein breakdown in the intestine and is then transported to, and metabolised in, the liver. Increased ammonia concentrations will occur in portosystemic shunts or in liver failure.

Bile acids are produced by the liver and secreted into the intestine during digestion of food, assessment of the changes in the level of bile acids, especially around the time of feeding, can indicate liver malfunction.

The liver is responsible for the production of blood clotting proteins. Liver failure can therefore result in a lower level of these proteins, causing an inability to clot the blood and predisposing to bleeding disorders.

Animals in liver failure can collect fluid in the abdomen, giving them a pot bellied appearance. Removing some of this fluid by a process called paracentesis and analysing it can give an indication of the type of disorder.

These are useful to determine the size and texture of the liver, enlargement of the liver can occur with cancer, in portosystemic shunts the liver is usually small.

Biopsy can be carried out with needles passed through the body wall, or tissue samples can be removed during an exploratory laparatomy, this procedure does carry some risks in those cases with blood clotting problems.

Treatment and Management of liver disease

Management of liver failure requires special dietary regulation. Protein levels have to be carefully controlled to maintain low blood ammonia levels since rising levels of ammonia result in neurological problems. To achieve this a balanced protein diet must be used, carbohydrates will provide most of the energy requirements and fat levels should not be excessive. The best way to achieve this is to use a commercial prescription diet as recommended by your veterinary surgeon.

The limited use of diuretics (spironolactone or frusemide) can be useful in those cases experiencing fluid build up in the abdomen. Antibiotics can be useful to prevent septicaemia developing as the liver may be unable to remove bacteria absorbed from the intestine. In certain breeds drugs to reduce copper levels are appropriate, and if bleeding disorders are developing then Vitamin K supplementation is recommended. In those cases at risk of developing neurological signs lactulose can help to reduce ammonia production in the intestinal tract by altering the normal bacterial function.

In cases of acute liver failure it is important to correct the abnormalities created by liver dysfunction, this is often helped by aggressive intravenous fluid therapy.

This can arise secondary to specific infections such as Infectious Canine Hepatitis, Leptospirosis, and Salmonellosis, drugs or other toxic substances, and abdominal trauma (causing liver rupture), as well as many other causes. The description "acute liver disease" refers to a syndrome that can be caused by many factors. In many cases the specific cause may never be isolated.

Presentation of this disorder may include vomiting, inappetance, lethargy, thirst and increased urination. There may be jaundice and nervous signs.

Blood tests will show elevated liver enzymes and can also be used to shed some light on the cause of the problem, for example infectious disease will produce abnormalities in the white blood cell count.

A liver biopsy is the definitive diagnostic method but in some cases it may be considered to risky to perform, especially if blood clotting problems have developed.

Chronic liver disease has been recognised in many breeds, with many different causes. Repeated infection or exposure to toxins may result in this developing. Some conditions with individual breed predispositions are mentioned below. The causative agent for certain types of chronic liver failure is not known.

Copper toxicosis in Bedlington terriers occurs due to a metabolic disorder which results in copper accumulating within the liver. Up to 33% of this breed are affected with this disorder. Copper is an essential trace element but in excess leads to toxic liver damage. In the Bedlington Terrier this is an inherited disorder. Young animals can develop acute liver failure. Older animals usually present with the signs of chronic liver failure and cirrhosis. Rare cases can develop acute blood disorders. Abnormal liver enzyme levels, ammonia levels, bile salts all indicate liver damage but confirmation of diagnosis can only be achieved by liver biopsy and measurement of liver copper levels. The only available treatment is with drugs that bind copper to prevent its accumulation such as penicillamine. This has to be started early in the course of the disease, it cannot reverse liver damage that has already occurred.

Middle aged Doberman Pinscher bitches have been recognised to suffer from a form of chronic hepatitis, this also shows an increase in levels of copper and iron within the liver, it is not certain what part this plays in the development of the disease. Increased copper level have also been associated with liver disease in West Highland Terriers and Skye Terriers.

Infectious agents such as leptosporosis and the virus causing infectious canine hepatitis can result in chronic liver failure.

Acute and chronic forms of hepatitis have been recognized to occur in conjunction with a new transmissible agent, not yet identified, which is referred to as canine acidophil cell hepatitis due to the distinctive cellular changes induced in the liver tissue. It normally involves several repeated acute episodes of liver disease which eventually result in chronic liver damage and cirrhosis.

Certain types of drug therapy such as long term glucocorticoids and anticonvulsants can be implicated in increasing risk of toxic liver disease in some cases. It is important to weigh the advantages of administrating these drugs against the side affects before using them.

Caused by canine adenovirus type 1. Mostly occurs in unvaccinated dogs less than 6 months old, although older unvaccinated animals are still at risk. Infection is spread by contact with the virus through the urine, faeces, or saliva of an infected animal. After infection the virus damages the lymphoid system, the liver, and the blood vessel walls. The immune response of most dogs will eliminate the virus at this stage, in those that do not liver disease develops causing acute liver failure and jaundice. Widespread bleeding can occur due to blood vessel damage and is worsened by the inability of the liver to produce the proteins which enable the blood to clot . The virus will also damage the kidney, intestine, salivary glands, and the eye which develops into corneal oedema in the recovering animal. Corneal oedema is a build up of fluid occurring due to cell breakdown and the subsequent immune reaction, it causes a 'blue eye' appearance in one or both eyes.

Diagnosis can be confirmed by post mortem examination of a dead animal. In the live recovering animal blood samples taken 2 weeks apart after recent infection will show an antibody rise.

Usually occurs in older animals, a prior history of liver disease is to be expected. The signs that develop can include nervous abnormalities due to an increase in blood toxins, jaundice, and abdominal swelling as a result of fluid collection. Laboratory tests will usually show increased enzyme levels (ALKP and ALT).

Supportive treatment with low protein diets, B vitamins, and if necessary anabolic steroids can help to maintain a decent quality of life for several months.

The long term prognosis in these cases is hopeless, the disease is caused by the loss of functional liver tissue, regeneration is unlikely.

These are congenital malformations which can exist within the liver, or in the external circulation. The result is that the blood draining from the intestine, which normally runs to the liver, instead bypasses the liver. The nitrogenous compounds picked up from the intestine build up in the blood as ammonia, and are not detoxified as normal by the liver.

Animals are affected from birth and are often small and stunted, the disease develops usually when still young. Increased thirst, poor appetite and vomiting are common.

High levels of toxins in the blood such as ammonia can cause nervous dysfunction which can manifest as circling to one side, blindness, and occasionally seizures. The ammonia can crystallize, and be detected, in urine.

Diagnosis is made by measuring blood ammonia levels along with liver enzyme levels. X-rays can demonstrate a small liver, injecting contrast into they blood vessels allows positive identification of the abnormal blood vessel.

Medical treatment involves reducing protein levels in the diet to prevent ammonia formation, and high fibre content to help bind nitrogen and prevent its absorption. Lactulose can be used to reduce the amount of nitrogen compound formation in the intestine. The preferred treatment is to surgically correct the abnormality. This is not possibly in all cases and its viability can only be assessed in each individual animal. Successful surgery can be curative.

Cancer of the Liver

Cancer can arise from the liver tissue or alternatively will commonly spread from other sites within the body to the liver. Most cases occur in older animals.

The most common tumours arising within the liver include hepatocellular carcinoma, cholangiocarcinoma, lymphosarcoma, and hepatoma.

The signs of disease are those of liver failure listed on the liver page but can commonly include weight loss, jaundice and abdominal enlargement. The onset of disease is usually gradual.

These tend to produce liver enlargement which may be palpable within the abdomen or visible on ultrasound or X-ray. Abnormal liver enzyme levels can usually be detected in blood tests.

In isolated cases it may be possible to surgical remove then affected lobe, however this is difficult. The prognosis in most cases is poor, deterioration is rapid once clinical signs develop and death usually results within 3-4 months.