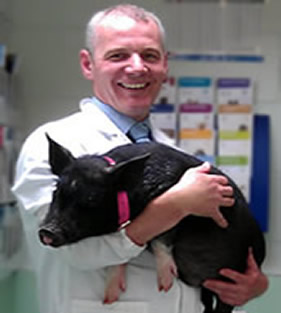 Colin graduated in June 1999 from Glasgow Vet School and started his first veterinary job at the Abbey Vet Group in January 2000. Over the years he has learnt to turn his hand to most things - small animal, large animal or some of the industrial work the practice does. He is also responsible for writing the practice large animal newsletter.

When he is not working Colin enjoys most water sports. Having been a successful dinghy sailor and a competent swimmer more recently he has tried surfing and waterskiing! 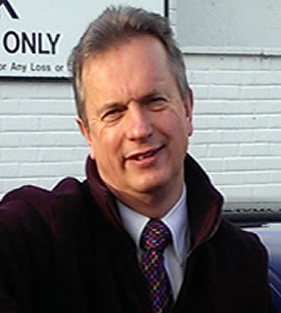 John graduated from Edinburgh University in 1980 and joined the practice immediately after graduation. He joined the partnership in 1988. John is the main equine vet within the practice. He is also heavily involved in the agricultural and small animal sides of the practice. In his spare time John runs a beef farm, breeding pedigree Aberdeen Angus cattle. In the summer he enjoys sailing and in the winter he can be found curling and snow boarding/skiing. 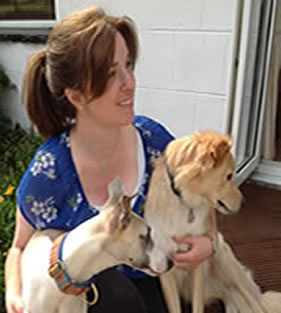 Beverley has worked at the Abbey Veterinary Group since 1993, starting the day after she received her finals results. A few weeks later, she graduated from Glasgow University Veterinary School with distinction in small animal surgery. She spent the first half of her career as a mixed general practitioner progressing to becoming more involved in the small animal side of things after having her children Mhairi and Calum. In her spare time she likes walking her dogs "Dude" (A collie cross who was left in an Avon box with his siblings outside the Greenock Surgery as a tiny baby) and "Shea" (A whippet and the first pedigree of the household). Beverley also likes to dabble in the equestrian world, a passion shared by Mhairi and they have a great pony, "Brandy" who superseded little "Teddy" the Shetland (now relegated to being a companion although Calum occasionally takes up the reins). To complete the menagerie at home is a one-eyed cat called "Cozi" who, despite her disability, is a mean mouser! Beverley loves her work and enjoys the busy, varied workload. There is nothing better than the sense of achievement at the end of a busy day. Having been a partner for over 10 years now, Beverley has developed an interest in small animal surgery and has a soft spot for some of the smaller species, especially ferrets, and may yet become the proud owner of one.